LC Sciences, LLC, a leading provider of microRNA analysis services, today announced the launch of a new online searchable knowledgebase that researchers can use to locate technical information on the company’s website. This announcement comes on the heels of the launch of LC Sciences’ re-designed company website last week. The knowledgebase contains technical information in the form of application notes, technical bulletins, customer publications, presentations, reviews of seminal publications in the field, etc. This documents database contains over one thousand entries and encompasses a wide range of research fields; from plant science to neuroscience. Additionally, all entries have been carefully meta-tagged to improve search results.

“Having served the microRNA research community for the past nine years, we’ve accumulated quite a large library of reference documents such as application notes and related customer publications. This new resource offers the community a simple, user friendly search interface that makes it easier for them to locate the information they’re looking for within that library.” – Chris Hebel (Vice President of Business Development, LC Sciences) 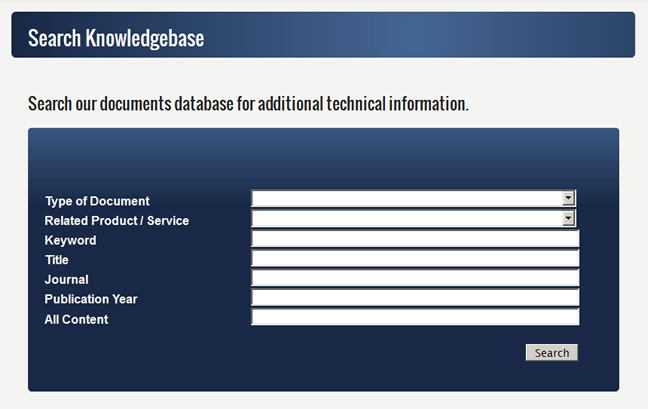 The knowledgebase is freely accessible to all at: http://www.lcsciences.com/Knowledgebase/

Microtissues® Inc. announced today the signing of a Supply and Distribution Agreement with Sigma-Aldrich® Corporation (Nasdaq: SIAL) for the worldwide sales and marketing of the 3D Petri Dish®, a new technology for the culture of living cells in three dimensions (3D). Invented at Brown University, the 3D Petri Dish® maximizes cell-to-cell interactions critical for replicating the function of natural tissues and organs. Shown in numerous peer reviewed papers to work with over fifty different cell types, including cell lines, primary cells and stem cells, the 3D Petri Dish® has applications in cancer research, drug discovery, toxicity testing and regenerative medicine.

“Researchers are rapidly recognizing the importance of 3D cell culture and its ability to reliably mimic in vivo function” said Brian Morgan, Director of Business Development, Microtissues® Inc. “The 3D Petri Dish® creates a natural 3D environment without artificial scaffolds and we’re excited that this distribution agreement will bring our unique and innovative line of products to the worldwide research community.”

Unlike the conventional plastic Petri dish where cells are grown as a thin layer on the surface of the dish, the 3D Petri Dish® forms 3D aggregates of cells. Spheroid size is controlled by the number of cells seeded and hundreds of uniform sized spheroids are formed in a single pipetting step. Spheroids are formed in a well ordered array in a stable platform suitable for long term culture. All spheroids are positioned on the same optical plane making them easy to image (phase contrast, fluorescent). Spheroid size is controlled by the number of cells seeded and a mixture of cells forms mixed spheroids, suitable for investigating tumor-stroma interactions. Spheroids can be grown from single cells, applicable to the study of cancer stem cells. For histology, Western blots and RT-PCR, spheroids are harvested by simply inverting the 3D Petri Dish®. No need to dissolve or digest the gel. The 3D Petri Dish® is a new fundamental tool for the world wide industry of life sciences research.

About Sigma-Aldrich®: Sigma-Aldrich® is a leading Life Science and High Technology company whose biochemical, organic chemical products, kits and services are used in scientific research, including genomic and proteomic research, biotechnology, pharmaceutical development, the diagnosis of disease and as key components in pharmaceutical, diagnostics and high technology manufacturing. Sigma-Aldrich® customers include more than 1.3 million scientists and technologists in life science companies, university and government institutions, hospitals and industry. The Company operates in 38 countries and has nearly 9,000 employees whose objective is to provide excellent service worldwide. Sigma-Aldrich® is committed to accelerating customer success through innovation and leadership in Life Science and High Technology. For more information about Sigma-Aldrich®, please visit its website at www.sigma-aldrich.com.

On Creative Biomart website, we can read a report about the 2012 Nobel Prize in Physiology or Medicine regarding the two winners. They bring hope for organ or tissue repair for human or even for rejuvenation, i.e. for long life through induced pluripotent stem cells (iPSCs).

Since the first appearance in 2006, iPSCs became the hit and focus. But there are still lots of unknowns waiting for us before achieving the ideal status. Thus, numerous scientists, researchers and businessmen are struggling and investing for that goal. Here are some examples:

On Oct. 29, 2012, on the PANS Journal there is an article about Cartilage tissue engineering using differentiated and purified induced pluripotent stem cells.

On Oct. 4, 2012, on Cell Stem Cell, there is a report with the title be Genome Sequencing of Mouse Induced Pluripotent Stem Cells Reveals Retroelement Stability and Infrequent DNA Rearrangement during Reprogramming.

On Jan. 30, 2012, on the PANS Journal, there is a report about modeling hepatitis C virus infection using human induced pluripotent stem cells, which make the individual and tailor therapy further.

Above are only a small part of such studies. People still wonder does it is the moment or an abuse on the iPSCs research. When someone reviewed one of the winners, Shinya Yamanaka, about his opinion on the challenge of iPSCs research, he said, “I have two research directions, the first is to establish human iPSCs bank that comply with clinical application standards. The second is to study the cell mechanism of iPSCs regenerating. And I think the current threat is still to be the safety problem as good research respects both scientific and ethical standards.”

But no one deny the great potential of iPSCs.

MicroTissues, Inc. announced today that its 3D Petri Dish™ is targeted towards helping to reduce the numbers of animals used in research. The 3D Petri Dish™ is a new tool for the world wide industry of life sciences research and drug discovery that grows living cells in three dimensions (3D). These 3D microtissues replicate the function of natural tissues and organs better than conventional 2D methods and are increasingly being used in toxicity testing of new drugs and cosmetics.

“Worldwide, efforts are underway to reduce the use of animals in research and we’re excited to be offering a new technology for toxicity testing” said Brian Morgan, Marketing Manager of MicroTissues, Inc. “The 3D Petri Dish™ is a reliable 3D cell culture technology that accurately produces natural cell-to-cell interactions and is easy to use. And, it forms 3D microtissues from human cells, so toxicity testing data is more relevant.”

Effective 2009, the European Union banned the use of animal testing for cosmetic products and many believe the trend to reduce the use of animals in research will continue worldwide. MicroTissues, Inc. is helping to address this issue by offering eight products that are precision micro-molds used to cast 3D Petri Dishes™ that fit in standard multi-well plates. The 3D Petri Dish™ forms hundreds of multi-cellular 3D spheroids from cells useful for toxicity testing including hepatospheres, cardiospheres, mammospheres, neurospheres, and embryoid bodies. The 3D Petri Dish™ technology also forms microtissues with complex shapes having geometries that mimic natural organs. Over thirty different cell types, including primary human cells, have been shown to form 3D microtissues in the 3D Petri Dish™.

MicroTissues, Inc. a privately held company with an exclusive worldwide license to US and international patent applications on the 3D Petri Dish™, is advancing technologies and applications of 3D cell culture. The company’s products stand above the rest because they are designed to create more natural and more reliable 3D cell culture environments based on cell-to-cell interactions in convenient and consistent formats that generate high content information. The company’s lead line of products, the 3D Petri Dish™, is serving the needs of researchers in a wide range of areas including cancer research, stem cell biology, toxicity testing, developmental biology, drug discovery, regenerative medicine and tissue engineering. In addition to products for basic research, MicroTissues, Inc. is using its platform technology to pursue applications in drug discovery and cell therapy. For more information, please visit www.microtissues.com.

MicroTissues, Inc. announced today that its 3D Petri Dish™ was used in one of Time magazine’s medical breakthroughs of 2010. Researchers at Brown University and Women and Infants Hospital used the 3D Petri Dish™ to invent the first artificial human ovary, a discovery important for fertility research and a possible infertility treatment for cancer patients. In lab studies, the investigators used the 3D Petri Dish™ to assemble three different cell types into a 3D structure resembling an ovary where they functioned for all intents and purposes like a real ovary, even successfully maturing a human egg from its earliest stages in the follicle to a fully developed form.

MicroTissues, Inc. a privately held company with an exclusive worldwide license to US and international patent applications on the 3D Petri Dish™, is advancing technologies and applications of 3D cell culture. The company’s products stand above the rest because they are designed to create more natural and more reliable 3D cell culture environments based on cell-to-cell interactions in convenient and consistent formats that generate high content information. The company’s lead line of products, the 3D Petri Dish™, is serving the needs of researchers in a wide range of areas including cancer research, stem cell biology, toxicity testing, developmental biology, drug discovery, regenerative medicine and tissue engineering. In addition to products for basic research, MicroTissues, Inc. is using its platform technology to pursue applications in drug discovery and cell therapy. For more information, please visit www.microtissues.com.

EPR Biotech News is a new blog, part of EPR Network, that is going to be focused on and will be covering the biotech news and stories from press releases published on EPR Network.

EPR Network (EPR stands for express press release) is one of the nation’s largest press release distribution networks on Web. The EPR’s nationwide network includes 12 State based PR sites, one major PR forum and a number of industry specific PR blogs and what started as a hobby on Internet years ago turned out to be a rapidly growing business today. EPR Network is also known as one of the most trusted (human optimized, published, edited and monitored, spam/scam/low quality PR content free) PR sites on the web with more than 10,000 company and individual press releases distributed per month. EPR Network is putting your press releases on top of all major search engines’ results and is reaching thousands of individuals, companies, PR specialists, media professionals, bloggers and journalists every day.

EPR Network has thousands of clients around the world including global 500 corporations like Hilton Hotels, Barclays Bank, AXA Insurance, Tesco UK, eBay/Skype, Emirates, just to name a few. The network’s PR web sites are currently reaching from 150,000 to sometimes 500,000 unique visitors per month while our viral reach could possibly go to as much as 1M people per month through our presence across various social media sites. EPR Network was established in 2004 and as of May 2008 it had more than 800,000 press releases (pages) published on its network.