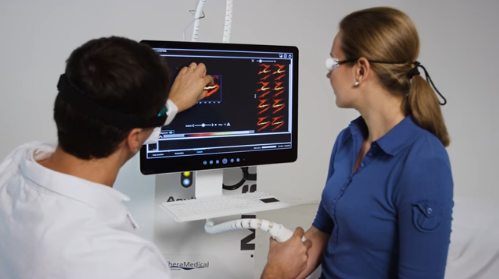 GERMANY, Mar-30-2017 — /EPR Biotech News/ — Ulcerative colitis and Crohn’s disease are the most common inflammatory bowel diseases (IBD). Globally, more than 4 million people suffer from recurring inflammation of the intestinal mucosa. To date, non-invasive methods have not been able to detect these forms of IBD reliably. Researchers at the University Hospital Erlangen (Germany) have now shown for the first time how Multispectral Optoacoustic Tomography (MSOT) can more reliably detect early stages of inflammation when compared with other non-invasive diagnostic methods. These results have recently been published in the New England Journal of Medicine.

Evaluating the inflammatory activity of the intestines early and accurately helps to prevent complications associated with IBD and guide an optimal therapy regime. Currently, doctors frequently rely on an invasive endoscopy procedure to assess the intestinal mucosa of patients with IBD. Additionally, non-invasive imaging methods are increasingly used in the clinic. For example, ultrasound allows clinicians to examine the structure, thickness and blood perfusion of the intestinal wall with changes in perfusion patterns indicating an onset of inflammation.

“With the MSOT procedure, we additionally use laser light, by which we can detect inflammation earlier than previously possible with ultrasound”, explains Prof. Dr. Maximilian Waldner, Professor at the University Hospital Erlangen. “The earlier we detect signs of an upcoming flare – i.e., a change in blood content – the quicker we can react and start a preventive treatment”. The MSOT technology was developed by iThera Medical in Munich, and was first used on IBD patients last year.

The researchers of the University Hospital Erlangen have recently published their results in the renowned New England Journal of Medicine. “We examined 108 patients with Crohn’s disease using the MSOT technology and compared the results to established non-invasive diagnostic procedures as well as endoscopy and histology”, says Prof. Waldner. “We were able to demonstrate that hemoglobin values in the tissue measured with MSOT indicate very accurately the inflammatory activity in the intestines. The method appears to be superior to other non-invasive procedures, as MSOT for the first time was able to detect even low levels of inflammation without having to perform endoscopy”.

Dr. Ferdinand Knieling, a physician at the University Hospital Erlangen, adds: “We are hoping that this principle can be applied to many applications and, in particular, also be used to enable safe evaluations of children and adolescents. With this new examination method, many of the currently invasive procedures might become obsolete.”

In optoacoustic imaging, the physician scans the intestines transabdominally through the skin, applying pulsed laser light in the near-infrared region. The energy of the light absorbed in tissue is converted into acoustic signals which are then acquired by an ultrasound detector. Christian Wiest, CEO of iThera Medical, comments: “MSOT is a new diagnostic imaging modality that can detect changes in tissue composition associated with a variety of diseases, without the use of contrast agents. The technology has already been applied in other clinical feasibility studies, e.g. for the detection of melanoma metastasis in sentinel lymph nodes or for the assessment of suspicious breast lesions”.